Comparing Ruby, Swift, and Crystal for processing a big file

I have been working on a thing that deals with stock market data. The format for the data is in CSV and, since I am using second-resolution data, they are big files. I am using Ruby, and I got curious about how would other languages compare in performance terms. I am learning Swift these days, and I have heard great things about Crystal, so I went ahead and wrote a performance test with these languages.

In both Crystal and Ruby, utilizing File.foreach and splitting the lines manually is like 3 times faster, compared to using the official CSV libraries. Of course, these libraries implement a much more robust parsing, but it’s something good to keep in mind if your CSV is simple and just splitting on commas will do the job.

In Swift arrays are passed by value by default (they are structs), so I made sure to pass them by reference. After profiling the code I discovered that splitting the string and converting strings into doubles were, by far, the most expensive operations. They account for over 80% of the total execution time. This was my first experience with Instruments and it was really positive. 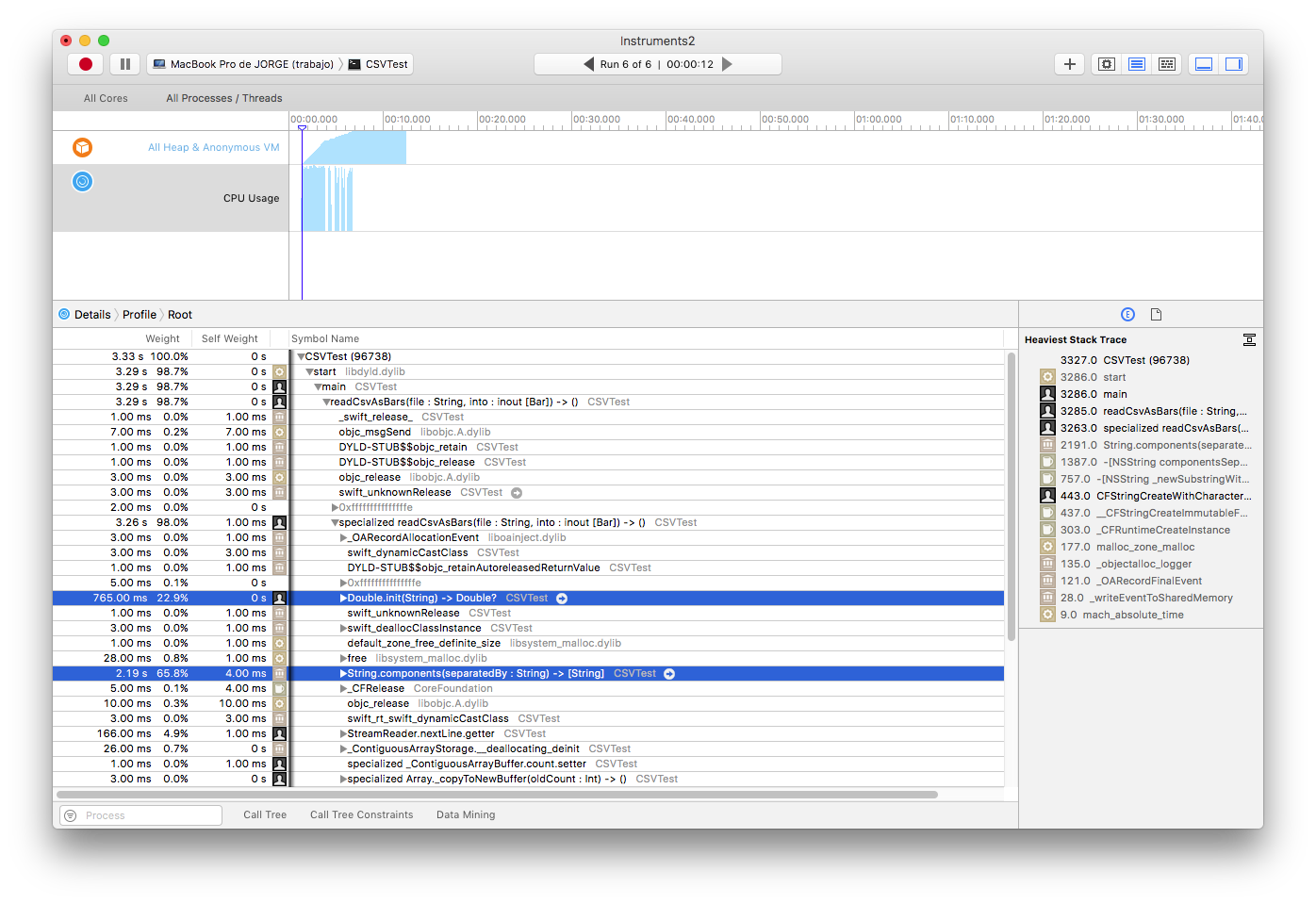 You can check the code for this experiment in Github.